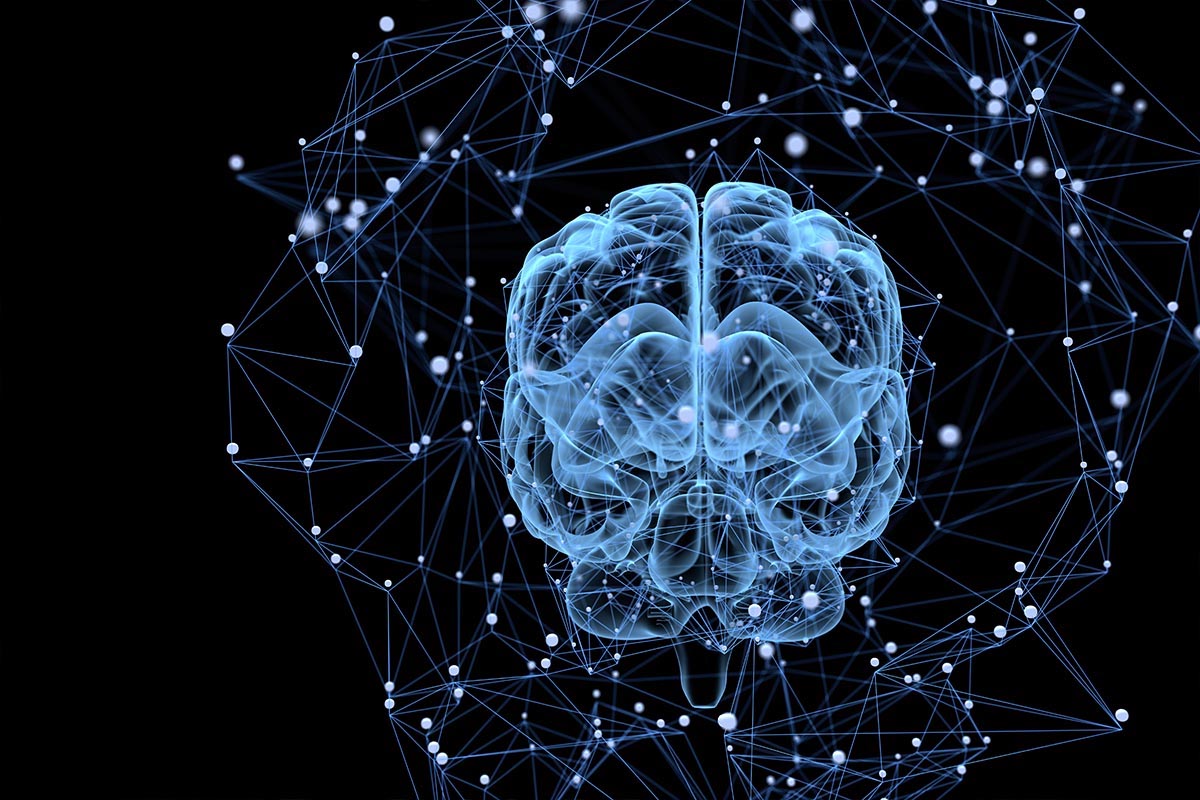 Alzheimer’s disease (AD) is the most common form of dementia and is characterized by a progressive shrinkage of the brain, particularly of the hippocampus and cerebral cortex. This is associated with decline in brain functioning, including memory, thinking skills, language, and other mental abilities. Patients with AD have an accumulation of beta-amyloid plaques and tau tangles in the brain. Beta-amyloid is a protein fragment that is prone to aggregation and its accumulation can cause the formation of insoluble plaques. Tau is a protein that is abnormal in many neurodegenerative diseases such as AD, causing it to aggregate and form tangles.   Both of these start to accumulate in the hippocampus, and as the disease progresses, these markers spread to all regions of the brain. The actual mechanism behind AD remains unclear today, but it is thought that beta-amyloid plaques are the first to form in the brain. Tau tangles are thought to be secondary and neurons are particularly vulnerable to the dysregulation of tau. Ultimately, the presence of both will lead to cell dysfunction, neuronal death, and dementia. Due to a recent increase in life expectancy, the number of cases of AD will increase greatly. This is why researchers have focused on determining its causes and potential mechanisms that could be targeted for therapeutic purposes.

Studies have started to investigate whether sleep duration is linked to AD, and more precisely, to an increase in beta-amyloid. In fact, researchers in 2015 found that individuals who slept badly tended to have more beta-amyloid plaques visible on brain imaging. In another study, researchers found that poor sleep was associated with biological markers of Alzheimer’s, such as plaques and tangles, in the spinal fluid. Both of these studies suggest that a sleep-deprived brain might be more vulnerable to AD.

In 2017, a systematic review combined the results of 27 studies and found that poor sleepers had about a 68% higher risk of having cognitive problems, compared to rested individuals. Another study conducted brain scans on healthy individuals: one was done when they were rested, and another one after they were awake for 31 hours.  The sleep-deprived brains had a 5% increase in beta-amyloid accumulation compared to the rested brains, in both the hippocampus and the thalamus.

In animal studies, they discovered that, when sleeping, the brain removes daily metabolic debris, including beta-amyloid. This could therefore explain the protective effect of sleep on AD. Even one sleepless night appears to leave behind an excess of the troublesome protein. In humans, it is thought that the brain clears out waste via the circulation of cerebrospinal and interstitial fluids, and this is known as the “glymphatic” system. Studies have suggested that this glymphatic circulation is increased during sleep, and removes beta-amyloid, thereby preventing its accumulation into plaques.

Moreover, sleep deprivation can affect the levels of hormones inside the body, including melatonin, which is responsible for the regulation of the body clock. Both the production and release of melatonin in the brain is associated to the time of day, increasing when it’s dark and decreasing when it’s light. This is why it is advised to keep your bedroom dark and free from light-emitting electronics before sleeping. Sleep deprivation can also interfere with metabolism, which is a risk factor for Alzheimer’s disease.

A number of gaps on this topic remain. Alzheimer’s is known to cause difficulty sleeping and disrupted sleep might, itself, encourage AD pathology by causing a buildup of beta-amyloid. But what comes first?

The most overlooked tool to maximising your wellbeing?